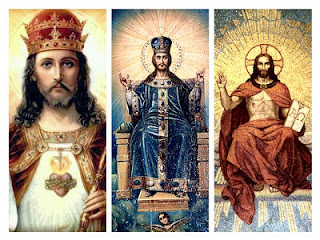 New World Voudou is a religion founded in the Diaspora. Haitian Voudou is best known, but there are three primary lines of Voudou. Dominican, Haitian, and Puerto Rican. All three lines of New World Voudou are monotheistic. God is absolute, ineffable, flawless, and eternal. In Haiti, God is Papa Bondye. In Dominican and Puerto Rican lines, God is Papa Bon Dios. They are the same God; only the French and Spanish languages denote a difference.

Voudou is a spiritual counter to the institution of slavery. For humanity to advance, the keeping of enslaved people (a worldwide practice) needs to be globally outgrown. In the Diaspora, the forced culmination of cultures, namely African, European, and Native Islander, created a perfect storm. All three cultures had a societal elite who engaged in selling their people as enslaved people. All three cultures had people who experienced the horrors of this trade. All three cultures came to mingle on the Island of Hispanola (Haiti/Dominican Republic) and, right next door, the Island of Puerto Rico.

The spiritual practices of each culture came to bear against one another. But instead of fighting for dominance, an act of divine intercession occurred. All three divinities merged and found that cooperative action is best for their respective people’s survival.

In my lineage of Voudou, there is a story that best describes this situation. Other houses have the iconography, but they do not know the story. Out of love and respect for Voudou, I will share the story to erase the notion Voudou is only for certain people. In Dominican Voudou and Puerto Rican Voudou, the image of Our Lady of Charity hovering over three men in a boat is a prevalent one. But ask who those men are, and you likely will draw blank stares and cryptic answers. 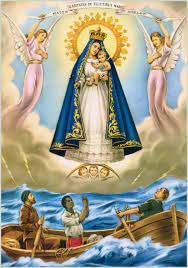 They are the Three Johns. Black John, Indio John, and White John. Representatives of the Africans, the Natives, and the European cultures. They find themselves all in the same boat as enslaved people. None of them asked to be there, none of them wanted to be there, and none particularly liked one another. The only thing they share is the desire to go home. All three men paddled in a different direction, each towards their respective homeland.

A storm blows in, and the ocean gets choppy. Each John rows harder and harder, still, the boat goes nowhere. Each John prays in their native tongue for divine intercession. A woman appears above them, and the storm calms. Black John sees her as Yemaya. Indio John sees her as Attaberia, and White John recognizes Mother Mary. None of them are wrong.

Our Lady of Charity tells the Three Johns they can never return to the old world. However, they could go home to the New World, but only together. They begin to paddle in the same direction not just as three men but now as three brothers. The skies clear, and the New World, the shore of the Americas, lay insight.

New Word Voudou was born, one-third African, one-third Indio, and one-third European. Anyone saying that New World Voudou is only for certain people is ignorant of the religion. They do not speak for the Loa, The Cemis, the Saints, or any of the 21 Commissions of Spirits. No way do they speak for God! New World Voudou belongs to the New World and all its people. There is no chosen race, and there is no chosen one. God’s chosen people are all people.

Our Lady Of Charity Prayer

Oh, Caridad Del Cobre, unique spirit, without beginning or end, ever present, ever powerful. I am but a drop in your ocean of life. Let me feel the presence of your power. Let me know more clearly what you are and what I mean to you. Make the consciousness of your spiritual reality penetrate my whole being and occupy all the parts of my soul. May your spiritual power which is in my soul penetrate my body. Infuse me with health, vigor, and vitality, so, that I can become a better temple of the Holy Spirit. Give this body the peace, strength, and life that belong to you by virtue of your being. This I ask of you, oh never present spirit, because I am your child and because of your promise of eternal knowledge.

God, Papa Buen Dios, or Papa Bondye is a mystery beyond human comprehension. Therefore God delegates power, in a descending hierarchical fashion, to beings who we can comprehend. In New World Voudou, there are three beings, or Loa, which are the closest to God that humans can understand and to us appear directly under God. All three Loa have direct ties to our solar system’s sun and operate on a cosmic level. 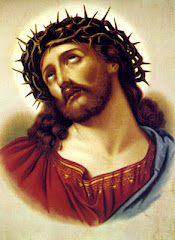 Gran Solie is the light of the sun. 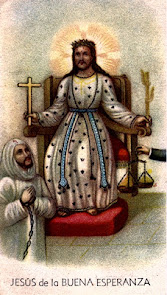 Gran Toro Sentao is the heat of the sun. 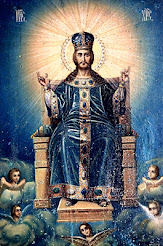 Only in the most exceedingly rare circumstance would they directly intervene in human affairs. It is a near certainty they would not directly communicate with humans either, as humans are not advanced enough to make sense of their language. These Loa speak through other Loa. Loa has the ears to hear them and the tongue to communicate with humans. That is not to say Gran Solie, Gran Simbi, or Gran Toro are not reachable by prayers. It just goes chain of command and similarly back down.

Blessed King Molinero sacred and pure, with the same force that you was called, I want you to call on my enemies.  In the name of God, the Son and Holy Ghost, with these three blessed words I want you to call my enemies so they will come humbled before my feet, just as Satan came humbled before the feet of Saint Michael.  May the Eleven Thousand Rays of the Sun irradiate the five senses of my enemies, submerging them just like the sponge that was offered to Christ was submerged in a bucket of vinegar and salt.

May all wicked intentions hurled at me be revoked my Saint Peter’s staff and with his very keys may all evil intentions be revoked and changed into good.

May their eyes not see me, their hearts not feel me.  May I be free of them.  May their five senses be blinded by your radiant light and not be aware of my presence.  May their feet not walk my paths, and their knives not pierce my flesh.  May their bullets not reach me, may they be deflected.  May their mouths not speak hateful words about me.  May I be covered by the shroud and robe of Mary which will accompany me to the Holy Sacrament before the altar.

We can see the Three Brothers, the Three Johns, as a microcosm to the macrocosm of Three Gran Loa.

Through the will of God and transmissions of their three powerful Gran Loa, New World Voudou came into being. Going a step further, we can see the difference between these transmissions as they crystallized up the material plane, each with the same mission but in its specific way.

Haitian Voudou is the purest transmission of Gran Toro Sentao, the most African in tradition and line of Voudou where animal sacrifices are most common. It was from Gran Toro Sentao, the mighty Petro Loa was born. The Petro answered the call for revolution against tyranny. He demanded the blood of former enslavers as payment for the petition.

Dominican Voudou is the transmission of Gran Solier. European spiritist practices of Alan Kardec and the Mes Blanca or White. This serves as the foundation for Dominican Voudou. A backdrop for the prismatic spray of 21 colors, each containing the specific frequency for a particular Division of Loa. The oldest of the three lines of New World Voudou, Dominican or 21 Divisions Voudou, gave the order of hierarchy to its younger siblings.

Puerto Rican Voudou, also known as Sanse, is guided and influenced most strongly by Gran Simbi Del Agua or King Molinu. Also seen as Yo-Cha-Hu, the Great Sky Father of the Taino peoples and head of the Cemi, the spirits of the Taino. In Sanse, there is the Division of the Indio headed by the Indo Loa Tinjo Alawe and the Commission of the Indio Spirits. The Cemi is honored side by side with the Loa and the Saints. Puerto Rican Voudou adopted much from Taino spiritual practices. The enlisting of Tobacco as a spiritual emissary, blowing a conch shell to call the spirits, and making clay or gourd pots to house and honor the dead. Indio and Creole spiritism, a more informal method of spiritism, is also employed, asking for Cordon, or specifically protecting the Indio and Creole spirits.

I am a priest of Puerto-Rican Voudou, Sanse, 7 Loa, and 21 Commissions under God. My First Godfather, with whom I spent 20 years, was a Houngan Asogwe, the highest level priest of Haitian Voudou. He died in 2009, and due to political turmoil in Haiti and travel bans by the State Dept, I was never able to Kanzo, or initiate into Haitian Voudou, in Haiti. My Godfather walks with me as a powerful Ghede Loa, a mentor, advisor, and protector. Through his influence, the spicy flavor of Haitian Voudou blends beautifully with the powerful Puerto Rican line of Voudou I have inherited.

The Loa love humanity. Despite our faults and flaws, they see the depth of love we are capable of. God is the master of us all, a master who gives us the ability to change what we do not like and learn from our sufferings. When a man screams at God, “how could you let this happen,” God cries back, “how could you let that happen.” We are not powerless, and we are not meant to be victims. God’s power and divinity run through us all. We create a heaven or a hell on earth, individually and collectively, with each movement and with each breath.

The Petro Loa were essential in modern human history’s most successful slave revolt. But that was just Haiti. The entire earth and all her people suffer under the rule of elite enslavers. The Loa are ready to begin a campaign of a global slave revolt. No matter what transmission of New World Voudo resonates with you best, I hope I see you on the front lines. There is a battle for total human freedom and spiritual evolution. Like in Haiti, the Loa means to be victorious.