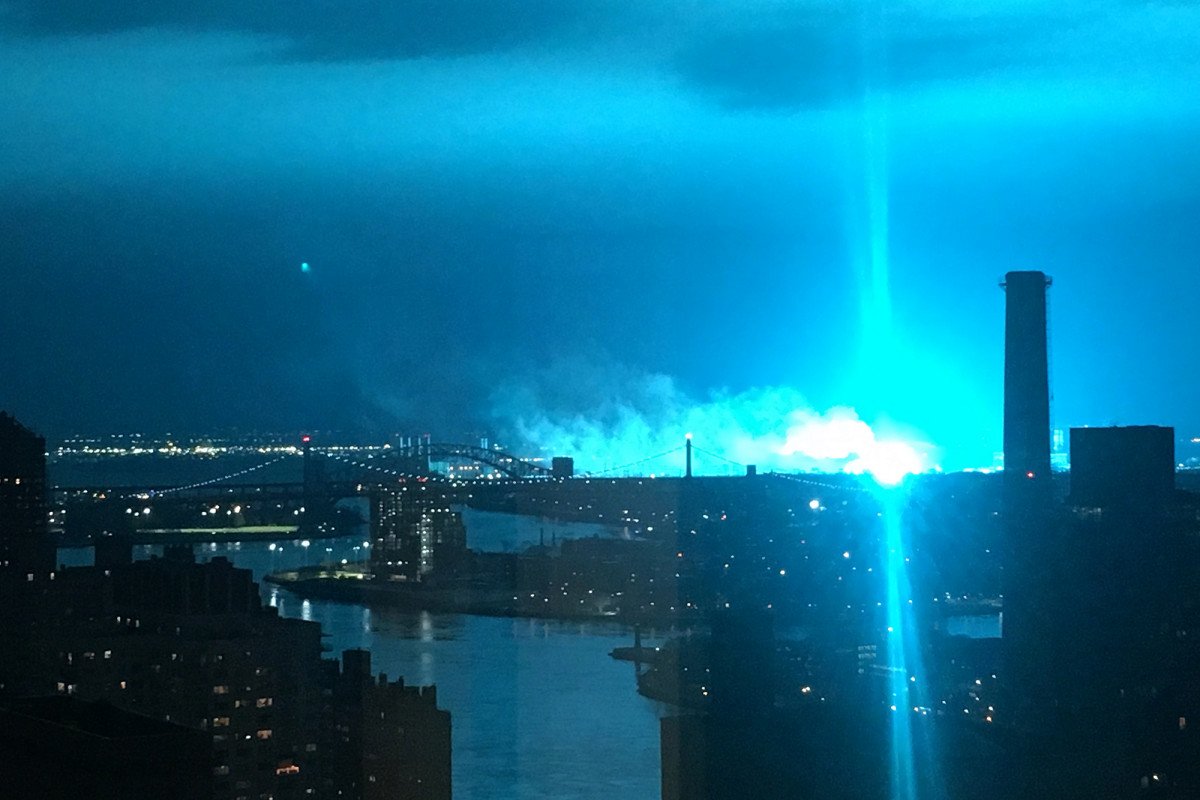 January 2nd, 2019, on her channel YouTube channel “Earthfiles” LIVE broadcast, Linda Moulton Howe put out an open request: If anyone had information concerning the Con Edison power plant explosion in New York to please contact her. I did have information concerning the Con Edison power plant explosion. My contact group (learn more here) asked that I email her and see if she replies. On January 3rd, I sent Linda the email contained below. Also of note is two days later, on his Friday show, Alex Jones of Infowars, made eerily similar statements regarding the information contained in my letter to Linda Moulton Howe. Alex referenced interdimensionality and the potential existence of non-physical intelligence using 5G to interface with humans. Also, in the same show, Alex stated that Stanely Kubrick was psychic, something I had been recently discussing also.

Below is the January 3rd, 2019 email I sent to Linda Moulton Howe. If proof of time stamp and email accuracy is ever needed, this can and will be provided.

Last night on your live YouTube broadcast you asked that if anyone had information about the Con Edison explosion in New York to contact you. I am relaying information. I do not yet have a full grasp of the necessary tech-jargon to give in-depth specifics and I  feel the information I received was given in as close to layman’s terms as possible for the particular person informing me.

I do not know if you are aware but on the same day, a number of internet providers were also reporting nationwide outages.
I have a source that says this:
Nationwide upgrade to the 5G network but simultaneously another Montauk project. There was a planned and successful opening to another dimension. From what I am told the explosion at Con Edison was due to a massive overload that powered the device opening the portal and also charged ions in the air making the transfer of intelligent non-physical entities into our world possible (I know how that must sound). These entities are able to travel in our world utilizing the 5G technology. Something to do with a compatible resonance they share with the frequency of 5G.
I am told 5G is heavier, and actually moves or displaces particles out of its way, rather than going around them. A straight line being the shortest distance between two points, 5G bullies its way past barriers and carries data faster, farther and permeates deeper than prior generations. It also has a “heat” similar to that of dark matter, but how exactly I am uncertain. These qualities of the 5G are what will cause havoc in living things and cancer rates to rise.
Riding on 5G these non-physical entities have the ability to move past obstacles and anchor into an individual’s consciousness. I am told they do this by creating an emotional crisis, even psychosis, manipulating the chemicals in the organism’s brain and body. Over time they will sway the consciousness of that organism enough to meet a specific frequency, an effect similar to somatopsychic, allowing the non-physical entity a solid foothold to operate from.
The why of it I am told is a pretty simple and familiar one. Human hosts in exchange for information and technology. There is an increased interest in quantum computing and phasic technology. For example, weapons which can fire from a dimension that is just out of phase from this dimension, but can then phase into this dimension just as it is about to hit a target, with no slowing down or deviation in trajectory. Or machines which can run in other dimensions but affect this dimension, however, they cannot be reached, damaged, stolen, or turned off from here. The implications are scary.
Disclosure is unlikely because that means answering questions regarding what methods were employed to keep UFOs and aliens a secret and “how where these black projects funded?”. The drug trade is obvious. Even though hundreds of thousands have been murdered or ruined through Narcotics trafficking, that is something society could forgive. The profits from the modern human slave trade and supplying children for the global pedophile network is another matter entirely and not something society will forgive. It could be that the atrocities committed keeping UFOs and aliens a secret, rather than the existence of UFOs and aliens, is what would bring about civil unrest.
I had a violent encounter with something I firmly believe was a man in black, circa 2010, on the I-15 just after entering Nevada from Utah. Last night you shared your experience about being in an empty parking lot for your encounter. That reminded me of the same feeling I had on an empty highway. How no one drove by during my encounter still troubles me. Almost more than the encounter itself.
Thank you for your time.
-Kevin

I was asked by my contact group to archive this, as of now, onesided correspondence. It is important information and I believe they are seeking to disseminate from new and less consolidated sources.